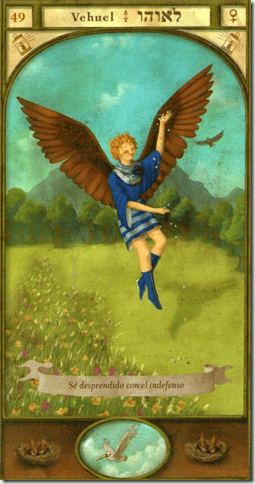 [sociallocker id="356″]People born under this regency will be distinguished by their talents and virtues, their great generosity will be seen through their aura. He will be esteemed by all good people who possess the same qualities and virtues. Faithful executor of noble causes, he encourages people through his example to follow his good conduct. He will have great facility to forgive the errors of others and will always judge in a prudent manner. With a sense of humor he will be able to criticize without arrogance. He will be innovative, impartial, dynamic and intelligent in spite of being individualistic. Due to his great mental capacity, he will have the ability to express himself with any kind of person. He will be more stable after marriage. His family will be united and harmonious. Physically he will be slim and elegant. He will be intellectually open and refined but will be considered a difficult person to deal with. You will have social recognition that you will face as proof that life is only hard for those who do not know how to take advantage of the opportunities that are offered to them, they do not like people who do not keep their commitments. [/sociallocker]

Great is the Lord, and worthy of all praise;
their greatness is unfathomable.

The Sacred City of Netzah was being desecrated by the lust and banalities of a people who had forgotten their divine lineage and who had given themselves to the service of masters and lords who promised power, wealth, prestige, fame and pleasure.

Netzah had been built by noble sages who, inspired by the most beautiful forms of nature, wanted that dwelling to be a dwelling where the enjoyment that the Great Master granted his people, the enjoyment of peace and harmony, would be lived in advance.

However, the desire for power generated a terrible competition, a frightening rivalry that unleashed wars and destruction.

The desire for wealth encourages gluttony, ambition, greed. Man no longer competed, he only lived to satisfy his interests. Before giving, he received.

The eagerness for pleasure, nullifies the true search for fulfillment. To enjoy without working was the desired thing. To receive fruits without sowing. Those desires gradually drowned out and buried the faint cry of hope for a return to living in harmony with the laws of nature. No doubt, Netzah had ceased to be the sweet land of pleasures and had become the miserable land of pleasures.

While all this was happening in the Holy City, not far from there, but far enough to be protected by the nauseating stench coming from the garbage that was burying Netzah, a young prince of royal blood was growing strong and healthy, he was Vehuel, the legitimate son of the princess Venus and the prince Uranus.

The Princess of Netzah was forced to abandon her son when her husband Uranus was overthrown from power. She gave him to a humble family who were faithful to him, and this family had raised him for 18 years. Now Vehuel was a man and was pleased to talk to the plants and animals, which seemed to understand his language.

One day, Vehuel, unable to help himself, overheard the conversation his illegitimate parents were having and learned the truth about his identity. The young man who was noble and good understood what had happened, but he told his protectors that he should go in search of his real parents.

Vehicle was already heading for the Holy City, and as he approached it he noticed how the air became thinner, almost preventing him from breathing. He had to make great efforts to continue on his way, but slowly he grew accustomed to it, feeling a hitherto unknown fire burning in his chest.

As he passed by, Vehuel saw how the men remained prisoners of a stupor that did not allow them to think. He found on his way a young man who was crying bitterly. He approached the worried man and said:

-Why are you crying, boy? Because of the intensity of your pain, something serious must happen to you.

-If it's true, I've just had my hair cut too short, -I answer the afflicted young man.

Vehuel could not answer, for he did not understand how he could cry over such banality. Thus he found many other cases and understood that those people had no spirit, were empty and it was said that he should do something to help them.

Without thinking about it, he went to work. Day after day he worked tirelessly and soon many joined him. After a few days, the group had grown considerably and when it was big enough, Vehuel, spoke to them:

-Many of you have known the pleasure of the earth and have been imprisoned by its seductive charms. Now you can know the true joy that only God can offer. Follow in my footsteps and let us leave this valley. Let us go up to the mountain of Hochmah, where my father, Prince Uranus, was born. There we will find the face of our creator.

This is how Netzah stopped being the land desecrated by the majority and became the Sacred City where the Eternal Love dwelt.