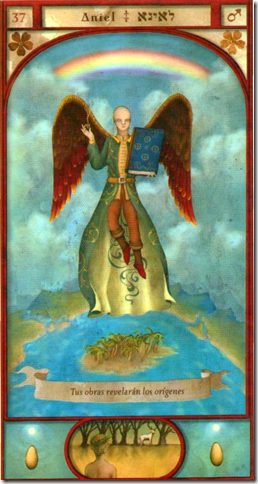 [sociallocker id="356″]He will be a celebrity who will distinguish himself by his talents and by his messages of enthusiasm and good astronomy. Sometimes he will become satirical with crazy and revolutionary ideas but what he can expose to the public will be significant. He will only accept a job offer or a higher social status if it does not run counter to his spiritual inspirations. His firm self-control will prevent him from yielding to accommodating temptations. His mentalizations for a better world through prayer or meditation especially favor all those who have a regency angel of this category. You will have a small circle of constant and faithful friends, the possibility of marrying young, often choosing older personal ones. You will fight for the well-being of your children, remaining sad if they do not take advantage of the opportunities offered. You will enjoy many privileges, obtaining good results in contests, public or literary disputes. [/sociallocker]

Restore us, Lord God Almighty;
make your face shine upon us,
and save us.

Nature classes used to be very boring, and all the kids agreed on that. The teacher talked, talked, and all he could do was put the students to sleep. This was so much so that for many when the day came that he played naturals they even got sick.

Well, this was so, until one day and who knows if by the hands of chance or because life wanted to reward the efforts of those children, Don Javier, the teacher who had the art of boring them, suffered an unfortunate accident that would prevent him from attending class throughout the course.

That situation, although it came to change things a little, was not received with much pleasure either. They had such a bad memory of naturals that the substitute of Don Javier, could hardly change that vision.

But they would be wrong, since on the first day of classes with the new teacher, Don Aniel, many were pleasantly surprised.

-Well," said Don Aniel after introducing himself and noting the general apathy of the pupils, "you will put your books away and we will prepare to make an expedition to the country. Today we are going to study the growth cycle of plants.

Those words were so unfamiliar that, well, at first everyone looked very surprised, but in the end everyone expressed their response in the same way.

-Good! -exclaimed some of them, while others merely complied with the teacher's advice in a hurry.

Without realizing it, they were already on their way. Between jumps and runs, Don Aniel was putting in order. Soon after, they reached an area where the vegetation was growing abundantly and he understood that this place was magnificent to carry out his experience.

The students were gradually interested in what Don Aniel was telling them. The contact with nature was gaining their attention and the proof of this were those questions that the teacher had to answer.

- Why do trees bear fruit? -asked one of the most alert of the group.

-Well, maybe your classmates can answer you," said Don Aniel, trying to involve the others. But none of them knew how to answer.

-Let me tell you a story and maybe you'll know how to answer in the end:

Long ago there was a very powerful king named Kether. He was very lucky, for he had two wise counselors, Hochmah and Binah. However, one day it was said that he should create a kingdom in which he could reign, as Hochmah wanted to increase his wisdom and Binah his intelligence.

To this end, King Kether called together his two counsellors and said to them: What do you need to carry out your plan?

That kingdom was fruitful and bore much fruit, and both the king and his two counsellors lived happily with their work.

Don Aniel ended his story and had barely done so when one of the students had already raised his hand.

-Don Aniel," he said, "the fruit is like the kingdom of Hesed, it is the work of creation. It is the goal that we must all pursue, isn't it? -asked that intelligent student.

From that day on, naturally it stopped being a nightmare, and became the most expected subject.