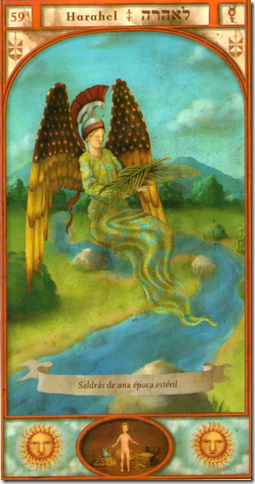 Attribute: God who knows all things

[sociallocker id="356″]Those born under its influence will be eager for knowledge, seeking instruction in all sciences. He will possess an enormous charisma and will distinguish himself by his virtues, nobility of spirit, pleasant love and courage. His spirituality will be so rich that he will receive his teachings with patience and dedication. He will be able to be a channel for healing. He will be able to make channeled paintings, work with oracles and at a mature age, in an unexpected way, he will earn money to be used in great part in the fulfillment of his mission in the earthly existence. You will have good family relationships living in harmony with your children. He has a great desire to live and loves to explore the unknown. He is a great strategist of life and will always be willing to regenerate people on the margins of society. [/sociallocker]

From sunrise to sunset,
May the name of the Lord be praised.

Something strange, very strange was happening in the fertile Merjup region.

The four rivers that bathed their lands had dried up. The thick vegetation that covered their fields was dying. The animals fled in fear, sensing that a terrible evil was ravaging that territory, and the women who inhabited that region could not bear children.

What was once a rich and fertile kingdom had become poor and barren. But what was happening? Was it a terrible plague that the Creator was punishing them with?

Those and many others were the reflections made by the wise men of the kingdom. Their king, the admirable Hod, who had always known how to guide his people wisely, was now disoriented and very upset.

Seeing that the situation was becoming more and more untenable, the king gathered his twelve counsellors together, for he had a proposal to make to them.

- Dear friends and wise counselors. I have given the situation much thought and like you, the hours of sleep have disappeared. I do not have a solution, I do not have an answer, the only thing I have left is courage. That is why tomorrow at dawn, I will leave in search of solutions and answers.

The king's words were listened to as always with deep respect, but his message had aroused an expressive outcry that led them to reply:

- No, Your Majesty, we cannot allow you to face such an undertaking. Any one of us is willing to...

He couldn't finish speaking, when a voice interrupted his speech.

-I'll do it. I will leave tomorrow at dawn and I will find the solution, the answer.

It was Harahel, Hod's young son. He was much admired by all and of the seven brothers he was the most intelligent. Hod looked into his son's eyes and saw in them that stubborn expression he knew so well. He knew that no one would be able to convince him not to embark on that adventure, and so he said to him

- All right, son, you'll leave at dawn and find the answer.

It was for that purpose that the clever young man left. He led his steed north to where the Firelands of Kether awaited him. There, he took hold of the Burning Stone and placed it in his saddlebag.

Later, he went to the watery lands of Hochmah, and from there he drank some of those fertilizing waters in a container.

He followed his path and reached the Ethereal lands of Binah, where he forged a sword with an invincible metal,

and finally, he directed his ride to the rich lands of Hesed where the fruit of fertility grew.

Harahel walked a long way, but in the end he had in his hands the Power that would save his people.

All that remained was to find the source of the four rivers whose waters irrigated their lands.

After much effort, he found it, and saw how a heavy stone prevented its waters from flowing. Taking the Fire stone he rubbed the sword with it and from it emanated a strange power. He lifted it to the sky and dropped it on the stone. It broke in half and again the water began to flow. But it had been stagnant for so long that it was impure.

Harahel took the container of fertilizing water and mixed it with the fruit of fertility. That fruit took the power to purify and on contact with the rotten water transformed it from being impure.

And so it was that Harahel returned to the Merjup region his answer. From that day on, the four rivers did not stop flowing and life would multiply forever and ever.