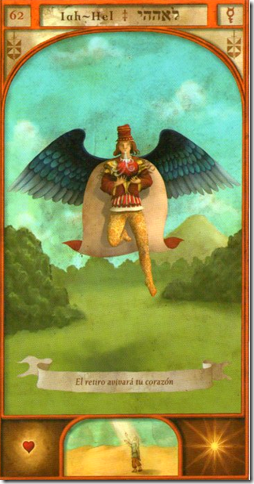 [sociallocker id="356″]He who is born under this regency will love tranquility, nobility of character and solidity of attitude. He will faithfully fulfill all duties and obligations to himself, his family and the community. He will enjoy playing sports. He is spiritually evolved. He knows how to harness his energy for his own growth or the good of humanity. He will think more of others than of himself. From a young age he will show confidence in all his actions by mastering his anxieties. He is a born leader, has a capacity for improvisation and appreciates challenges. He is tactical and always seeks immediate victory, winning almost every battle. He will be strong to withstand situations that are adverse to his emotional structure and knows that to achieve his goals he must act consistently. He fights for a dignified, transparent and true image. The people he meets on countless trips for pleasure or work he considers as experiences that enrich his inner world. [/sociallocker]

Look, Lord, how much I love your precepts;
according to your great love, give me life.

Iah-hel's parents had just disagreed and argued violently without caring in the least about the feelings of their son, who was listening to that unfortunate conversation.

- We can't spend any more money on the operation, it's crazy. We'll be ruined, and you know how much hope the doctor gives us. He doesn't even assure us that the operation will cure him.

These were the words of his mother who seemed more interested in the bank account than in her son's health.

- Sometimes I think I'm married to a monster. How can you talk about money when your son is going to lose his sight? -I'm very upset with your husband.

While this scene was going on, Iah-hel was suffering from heartbreak. He felt guilty that his parents were fighting and that feeling led him to leave his home, but he was blind and the only thing he managed to do was to make his condition even worse, because in his escape he stumbled, with the bad fortune that in his fall he hit his head.

His parents, hearing a loud bang, came and found him collapsed and unconscious on the floor. They remembered the doctor's warning not to make any sudden movements, as this could endanger the operation.

While they were helping him, they kept arguing and decided that if something happened to the child, they would separate forever.

The doctors did everything in their power. They only had to wait a few days for the results.

He was a very intelligent boy and at school he had managed to gain the admiration of his classmates and the respect of the teachers. His eagerness to know was contagious and he was always investigating and asking why things happened. He was so fond of asking questions that he was nicknamed "why" in a friendly way, because he was very modest and never pretended to be better than the others.

One day, while awake, Iah-hel had a wonderful experience. Without knowing how, or why, the outer darkness disappeared and everything became full of light. I noticed at once that his body floated and seemed to fly. Suddenly there was an explosion of light and his eyes revealed a world of life different from the one he knew. There the beings were dressed in energy clothes of different colors.

When he was most amazed at the sight, someone came to interrupt his vision.

- Beautiful truth? Come with me, I'll show you something - I'm talking to that character of a bluish luminosity -.

- You are in the World of Creations. In it we dwell while we sleep and when we exhaust the experiences with the physical body and decide to abandon it," he said.

- Neither one, nor the other. You have entered a state of inner peace that gives you the right to be a conscious inhabitant of this world," explained the luminous being. But come and see.

Iah-hel saw his parents who were angry and about to get a divorce. He understood that he had to avoid it and that desire made him return to the physical body again.

He barely noticed that he could see. It was more important for him to find his parents and avoid their separation.

I arrive on time, they had not yet signed the documents that would separate them definitively. When they saw him, both felt their hearts touched by that miracle. That was enough to bring them together again.

Iah-hel asked his parents to find a quiet place in the countryside where he could recover. There he would have the opportunity to look again for that luminous being. He had so many things to ask him, for a reason he was nicknamed "the why?