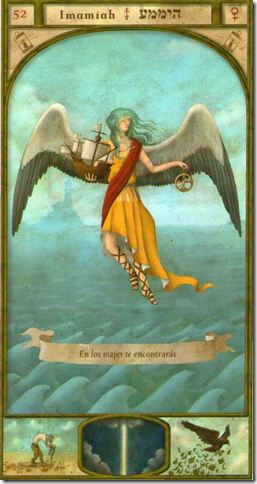 Attribute: God above all else.

[sociallocker id="356″]People born under this regency will have a strong and vigorous temperament bearing any adversity with benevolence, patience and courage. She is not afraid of work and has great manual ability. If she were a woman, she could be an excellent decorator, managing to capture the strong points of the place with her intuition, using through knowledge magical symbols and different energies to protect the place from negative influences. She respects people with morals, intelligence and feelings because she knows that these values ennoble the soul and constitute a good existence on earth. It will always be integrated into social or political issues as it inspires much confidence in many people. It will have financial facilities to project itself even internationally. He will learn from his mistakes and will not be driven by instinct. He is optimistic, expressive and prudent. [/sociallocker]

I will praise the Lord for his righteousness!
In the name of the most high Lord I will sing psalms!

IMAMIAH: 'THE MUSIC OF THE SPHERES

They always laughed at him, for they said he was corny and weak as a flower. The truth is that compared to the corpulence and strength of his brothers, Ilaliah was an insignificant and sensitive being.

In those days, life was not easy. Rarely was there no news from countries that had been besieged and conquered by legions of rough and violent men, thirsty for blood and ambition.

Unscrupulous men whose only aim was to spread panic, terror and evil among the inhabitants of other villages.

Ilaliah's father was the ruler of that rich region. His power extended across a vast kingdom and for 22 years he had ruled in peace.

However, that state of completeness was going to be altered, since a troop of barbaric warriors was heading for their land and that could only mean one thing, war.

As soon as he heard the news he called the Council of the Wise Men and his children together, he had to consult them, for he was disconcerted.

-What can we do, wise counselors? -I ask with great concern.

-We must stop their advance before they cross our defenses and reach the palace," warned one of his sons.

-Prince Arul is right, Your Majesty, we must stop them," said the Councillor.

-What do you suggest then? -I ask the king once more.

This was agreed upon and this is how it was carried out. The brave Arul left with a large troop to face the enemy.

He trusted his power and bravery, but they would not be enough, for after two moons, he returned in defeat. His army had been decimated.

Seeing that defeat, another of his sons proposed to be the one to try his luck. The king who did not know what to do, agreed to his request and his second son sought the enemy in order to defeat him.

But wouldn't his luck be better? A single moon passed and the brave warrior returned desolate and defeated.

The third of the brothers, indignant and enraged by those humiliations, asked his father to let him go, as he had to avenge the honour of his family. and his request was also granted.

In command of the few men left in the palace, the proud and daring young man sought out the enemy in the hope of defeating him and avenging the fortunes of his friends.

But on the third day of his departure, he returned badly injured and without having achieved his goal.

No one could save the king anymore. His three bravest sons had failed and no one dared to try.

However, he had forgotten Imamiah, the delicate and sensitive Imamiah, as always.

-Father," he said, "leave me seven harps, and I'll free you from the enemy.

They all laughed when they heard that request, but his father, who no longer felt like laughing, looked into the eyes of his youngest son and saw a strange light, and said to him:

-Take as much as you like and may the Goddess Netzah protect you.

Suddenly the sky opened up and a heavenly symphony departed from it. The Music of the Spheres had great power and the enemy melted into that harmony forgetting all desire for evil.

Peace survived and no one would laugh at the sensitive and delicate Imamiah anymore.