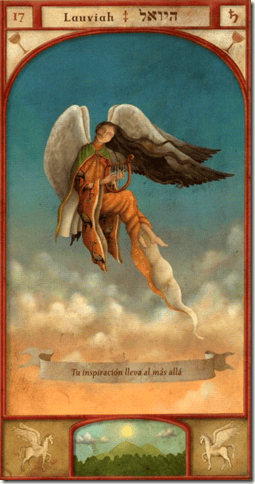 Lesson: Overcoming traumas and debts from the past

He pulled me out of the pit of death,
from the mud and the swamp;
put my feet on a rock,
and planted me on solid ground.

[sociallocker id="356″]He has an ability to understand symbolic messages and revelations. The astral world manifests itself through the unconscious, with visions, premonitions or images of the higher worlds occurring. Their psychic faculties are manifested through small details, such as music, poetry, literature or in philosophy. Through the nobility of character their spirit radiates a very intense light within. He knows that his analogical part is capable of getting everything he wants, mainly when the request is made by someone else. What he dreams of achieving becomes reality. You can be the pillar of your family or a great support where you work. Your material things will be achieved through a lot of struggle, even sometimes with suffering. You will have a pleasant and cordial, comforting reaction to the people closest to you. He will understand the sadness, because he knows the inner mechanisms of the human being. He will enjoy Kabbalah and philosophy. He will be a cultured person. [/sociallocker]

Lauviah : "The king who couldn't sleep"

Vago was a lazy and capricious king. He had so much wealth that he never cared about how others made their living. He never left his castle and when he wanted to know something, all he had to do was raise his scepter and the wisest men in the palace would appear before him.

- How's it going today, dear sage? -asked the king as his servants helped him out of bed.

- It's a splendid day, Your Majesty, perhaps I'd like to take advantage of such an excellent occasion and visit your domains. The people wish to meet you.

- You bore me with these pretensions, dear wise man," answered the king with an intolerant gesture. I will do one better thing, I will proclaim an edict announcing a great banquet in my honor. What do you think of the idea, my faithful friend?

- Well, get started. Get my message out there.

This is how Vago decided to gather his people in the castle. And it didn't take long for that day to come. Everything was ready, and the king was decked out in his best clothes for the occasion. One by one he received the most important characters of his kingdom and when everything seemed to be a success, something came to cloud the celebration.

- Novo, foreigner and prince of the Shadowlands," announced the master of ceremonies.

All those present looked at the newcomer and were surprised by what they saw.

- I salute you, King Vago, I have come from far away that you may pay what you owe me," said the mysterious prince.

- What I owe you, you say? Do we even know each other? -asked the Vague King mockingly.

- I am your shadow, that shadow which for so many years you have sown in your kingdom. Today that you have called me, I am here to please you.

The king paled, and from that day and for many nights the sovereign could not sleep thinking of the price he had to pay for his mistakes, his own life.

Very close by, in his own kingdom, lived a very wise man who was known to everyone in Leuviah. It was for this reason that the king sent for him, as he wished to meet him.

- Stop being capricious and lazy, and the light will dissipate your shadow," answered the old man.

And so it was that Vago book a strong battle between death and life, overcoming the latter, because from that day on no whim occupied his mind.