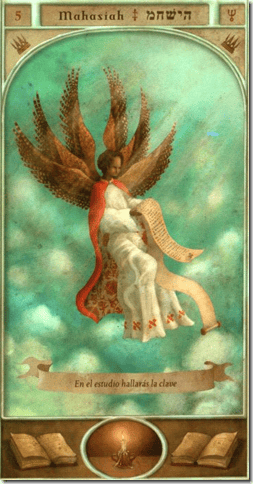 Lesson: Settle the outstanding debts that bind us to the roadies in the past.

Those born under your regency.

[sociallocker id="356″]You will learn everything easily and quickly, including languages because it brings back memories of previous lives. You will always be transforming, growing and dying in other areas, both in your love life and in your professional life. He is gifted with great inner balance, sense of justice, generosity and wisdom. He will not measure up to the spiritual growth of himself and his family. He always acts according to social or human laws. He is an example of virtue and his aura can be clearly seen between his shoulders and his head. His truth is in the logical reason aborted through the studies of philosophy. He has facilities in working with magical ceremony, to summon spiritual forces and communicate with the angels and will be a portal to the angelic realm. He will always like to be in meditation centers, conferences, congresses and spiritual seminars. But he always keeps his conscience when he practices spirituality. He will serve exclusively his truth which is that of his God. He will tend to live in a sumptuous way, his house to be enlarged, clear, comfortable, full of flowers and symbolic objects. He will probably have a large library. [/sociallocker]

Radiant are those who come to him;
his face is never covered with shame.

Let me tell you a beautiful story that is truly a secret that has remained hidden for a long time. Let me tell it to you, for it is the will of heaven that the mysteries be revealed.

A long time ago, a king of divine lineage and eager for power, decided to travel to other lands in search of fortune.

For three days, I sail the seas and arrive in unknown lands. I arrive on Fire Island, inhabited by giant Titans. I leave behind the island of the Fountains, where the Undines danced happily among the waves of the water. And I met the Island of the Wind, where angry spirits mixed with the fury of hurricanes and cyclones.

But on none of these islands did I manage to find what I was looking for so hard. It would be on the fourth day that the lookout announced the presence of a new island. It breathed peace and harmony, and hearts were intoxicated with a kind of joy.

King Mart was attracted by the land he called the Island of Fruits. He decided to rest for a few days after the tiring journey and recover his strength, because he would not give up until he found what he was looking for.

The next morning, feeling a strong appetite, King Mart looked for some food among the fertile fruits growing on those trees.

It was then that providence guided his steps to the supreme tree. He was not like the others, for his leaves were golden and his four fruits were golden. The king had to cover his eyes, for the sun's rays reflected on those strange fruits and threatened to blind him if he did not stop looking at them.

- That must be the power you're looking for. I have never known anything so beautiful," said the king excitedly.

But when he set out to take one step, a voice commanded him:

- Stop! How dare you disturb my peace.

The king was left unharmed. I look at both sides and can't see anyone, and that encourages him to try again. That tree had only four fruits and three of them were very high, he could only take one of them.

- You have usurped the power of the Gods, the fruit that you have in your hands is not yet ripe, therefore you will be cursed for nine years. If at the end of which you do not find the Sacred Essence Vitriol, you will perish in the hands of your own ambition.

But those words did not convince King Mart. Now he had the power. He had just snatched it from the gods right under his nose and it made him more than a god.

After that conquest, the sovereign was satisfied and returned to his country. He was received as a hero, but from that day on everything started to go wrong in the kingdom.

For three moons they suffered the attack of foreign peoples who coveted the power they had acquired. The peace they once knew was gradually forgotten, as wars were followed by epidemics, plagues and other evils of fate.

The king remembered that that voice announced to him nine years of calamities and his own end if he did not get the Essence of Vitriol first. He consulted with the wisest men and it was Mahasiah, the magician who lived in the mountain of the eagle, who revealed to him the place where he could find it.

After five years of searching, King Mart returned to his kingdom which he found cursed, but he was no longer the same. He had paid his debts to fate by wandering through the dusty deserts. He had been hungry and thirsty, but no food could satisfy his appetite, unless it allowed him to regain his lost dignity.

Legend has it that the king healed and succeeded in restoring the earth to its primitive innocence. He returned that powerful fruit to its place of origin and peace returned again to his kingdom, which from that day would become a paradise.