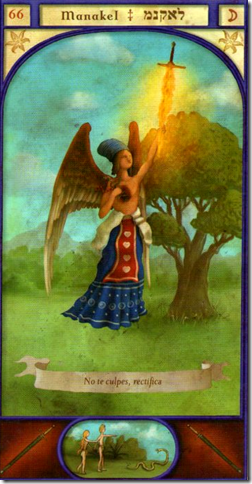 [sociallocker id="356″]Those born under this influence have the most beautiful qualities of soul and personality. They will be known for their excellent character, for their kindness and goodness. He will endure all problems without complaint, is an eternal fighter, and will be a positive stimulus to each individual and to the community. His motto is to win and another motto is the meaning: only those who do not know how to live are afraid to die. He will manage to develop his strong power of capture and observation that he will apply in all situations. He always draws up optimistic and logical plans, not measuring efforts to carry them out. He will always be fine with all people, but he never manages to hide his feelings. [/sociallocker]

Lord, don't leave me;
My God, don't walk away from me.

That day, it would be different from the others. Lusar's birthday party would bring together all the boys and girls of the neighborhood. He had just moved out of the house, and had hardly had the chance to make friends, so he thought the party would be a good excuse for that.

And it's time for the meeting. Little by little he was visited by what would soon be his new friends. Among them was Manakel, a kind and gentle young man who was very much loved by all and whose reputation as a glutton preceded him. This is how he was introduced to Lusar:

- This here is Manakel, he's a good guy but watch out for him, because he kills everything that can be digested.

Lusar looked at Manakel and verified by his physique that he did not exaggerate at all, since that obesity was not obtained by feeding on air.

However, and although Manakel followed them in those jokes, inside he was struggling hard. His conscience warned him that if he abused the food his organism would not support it, he would have an indigestion and would get sick.

That was the voice of his conscience, but there was another voice that spoke to him, that of his instincts. Oh my God! how good everything was, I told him seducing him to fall into the temptation of continuing to eat.

Certainly, none of his friends were aware of the suffering that Manakel was carrying inside.

At the party, nothing was missing. The food was abundant and everything was exquisite. So it seemed to Manakel, who once gave in to the voice of his instincts and binge with fear.

When it was all over, everyone went home, as it was getting a little late. But not everyone did so.

Manakel felt so guilty about what he had done that he didn't dare to go home.

I wanted to be alone. He couldn't splash others with the hatred he felt for himself. A strong aggression was concentrated in his chest and a very intense fire burned his stomach.

Oh, my God, it felt so bad. No doubt God was punishing him for not obeying him, and now he was dying.

He had to go home, he didn't want to die without saying goodbye to his family.

The truth is that he was not dying, nor was God punishing him, but he felt so guilty for having disobeyed the voice of his conscience which warned him that he was doing wrong, that he now wished he were dead to silence it.

He got home and felt a little better about seeing his family. He was so embarrassed that he couldn't even look directly at his parents' faces, so he decided to go to bed.

I look for the solution to his problem in my sleep, but the hours passed on the clock and I couldn't sleep a wink. The remorse of conscience did not allow them to feel at peace with themselves, and that produced insomnia, could not sleep.

He stayed up all night, and when the dawn was already announcing a new day, tiredness overtook him, leading him to a deep sleep. But even in this world, peace was denied him, for he had a terrible nightmare. He met God who was very angry with him and said to him in anger:

- I see you've betrayed the knowledge I've placed in you. You know good and evil, and you violate it capriciously. If you do it again...

That's when Manakel woke up startled and sweaty. God's anger was terrible. I couldn't let him down.

That dream he would never forget, and since then the young man managed to overcome the voice of his instincts, and always let himself be carried away by the voice of his conscience. Now he knew how to choose between good and evil.