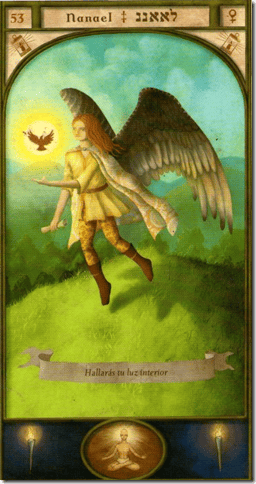 [sociallocker id="356″]You will distinguish yourselves by knowing the exact sciences, you will love the quiet life, peace, meditation. His light is transcendent and behind it he lets his innocence and truth be seen. He may have a religious or metaphysical vocation. Trustworthy, he never undertakes reckless or selfish action. He has solid relationships and is the friend that everyone would like to have. Gifted with great affectivity, he lives in love and is moved by everything beautiful. Because he is a traditionalist, he places great importance on marriage and children. He knows how to control his instincts without repressing them. His intelligence is developed more by experience than by study. He may have health problems in childhood or adolescence but despite his physical fragility he possesses an extremely agile and warlike spirit and knows how to enjoy the good things in life. [/sociallocker]

Lord, I know that your judgments are just,
and that with good reason you afflict me.

NANAEL: 'THE LIGHT OF MEDITATION

Nanael's family was humble and very poor. Her father, although he worked from sunup to sunset without failing, barely earned enough to feed his twelve children, and yet no one complained, well, except one, since Nanael dreamed of being someone famous, influential and powerful.

Ignoring the many efforts his parents made to survive, his pride led him to despise this humiliating way of life, and he decided to leave home and go in search of prestige and wealth.

He had always wanted to be a great magician and had heard that the Sacred City admitted apprentices who sought to master High Magic. So he directed his steps to where the Sun was born. There his destiny awaited him.

After four days on the road, our young protagonist managed to reach the gates of the Great City. A harmonious silence overwhelmed him. He was at the entrance and could already breathe the particular aroma of the Mystery. Two

Cherubs guarded the access to the Shrine with flaming swords.

Nanael, after recovering her breath, wanted to go inside, but a voice stopped her steps.

- Where do you think you're going, stranger? -I questioned one of the Cherubim while pointing his sword at him.

The young man could no longer speak, for he was abruptly interrupted by the Cherub.

Nanael, a little scared, didn't understand that play on words. He thought it would be an enigma and addressing the Temple Guardian, he said:

- Is this a mystery I have to solve?

- That's right, kid. Meditate, meditate, and when you have the answer, call again," the Cherub commanded him.

The bold young man was very disappointed. I had never thought it would be so difficult to be a hand, let alone an apprentice wizard.

Meditate, did he have the patience to meditate? If his father were there, he would know how to do it. He always advised him the same thing:

- My son, when you sow the seed of a tree you must be patient until it gives its fruit. Observe how the seed is protected in the ground and, satisfied, it grows little by little with the desire to finally give its fruits, those appetizing and sweet fruits that feed us.

How right your father was. Now he was alone and had to be patient.

I look for a place where I can meditate and I give myself to it in body and soul. At first he was irritated, for his mind was like a rabid hornet's nest. His ideas were fluttering meaninglessly in his head, but that harmonious silence was slowly penetrating within him and without knowing how, a light emerged from him.

That message took shape in his mind and he let it flow freely.

He didn't want that light to go out, and he thought about the light. At that moment everything became an intense light, and suddenly the answer appeared miraculously. It was the spirit. That was the answer. The spirit, that's why he was a stranger. The Eternal One is not a stranger and yet, being invisible, He is not, but not of this world, He is an inhabitant of the Temple.

The doors of the Shrine opened for Nanael, but the young man asked the Cherubs to close them again, since he understood that he had to return to his home where he had a task to do.

The blindfold of pride that had hitherto blinded him had fallen from his eyes, but the light had opened up a beautiful path before him.