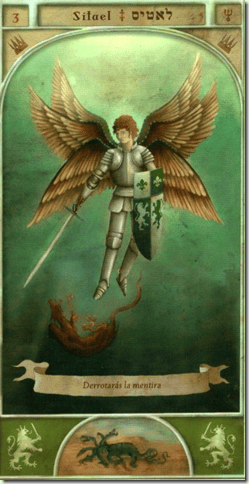 Lesson: Dissolve confrontations and storms caused by human hatred Fidelity to the essential, not falling into supporting one trend to the detriment of another.

I say to the Lord, "You are my refuge,
my strength, the God I trust.

[sociallocker id="356″]You know you're very lucky and that's why you have a chance to realize yourself financially. He is always active, fighting for his promotion. He is not proud to ask for favors from anyone. He's a lone worker. He is beautiful inside and out. Because of his strong charisma he attracts people's attention. He breathes life and lives each day in a special way. He does not like the word fate because he finds it very comfortable. He has a high soul and likes to stop many friends to whom he usually gives precise advice. He is very discerning and easily understands all the situations that life gives him. He generally forgives those who try to harm him. Sometimes he is a little inhibited without reason, because he knows all the experiences that the world offers. He is a great transformer protecting and encouraging people with new ideas. He has great sympathy and kindness. He loves parties, banquets, celebrations and is reserved in the way he dresses. He says what he thinks because he does not know how to be disguised or act in a dubious way. He has many memories of things that were not lived in this incarnation, which generally appear in the form of dreams. The goal of his personality that matches his soul will be his nobility.
He is the seraphim who comes in the face of adversity that surprises his protégés. Sitael helps in moments of danger such as accidents, attacks by violence or theft. His help isolates the person from the calamity, keeping him "by a miracle" safe. Through the strength of the human capacity to forgive, it is possible to keep Sitael close, benefiting from the loving covering of her protective wings. Resentment and slander obviously frighten this sensitive creature. [/sociallocker]

They had tried three times in a row, but still couldn't get it...

- I'm sorry, Your Majesty," excused the disgruntled architect, "everything is a mystery, no matter how hard we try, what we build in the light, in the darkness of the night, is destroyed.

- No, I can't believe it. While you play at being gods, my son is dying of sadness," cried the enraged king.

His father, King Kebin, in desperation, thought that perhaps if he built him a city and lived in it with the best wizards in the kingdom, Aquin might regain his joy.

But after many attempts, and in a mysterious way by the way, the architects who had tried so far, failed in spite of many efforts. For that reason, the Sovereign exploded in anger, for he did not understand what was happening. He had secret enemies and he didn't know where he could find them.

If I could find out," I thought, "I would make them regret what they were doing. Kebin increased the surveillance and it was said that no one could outwit the guard on that night.

It would be a long, long night. He could not sleep, could not get those angry thoughts out of his mind. But he would soon realize, that despite his worries nothing would change the next day.

- Majesty....! Majesty... -shouted his advisor with hardly any breath left, "You won't believe it, but everything that was built has been torn down.

Only a bitter gesture and a gesture of helplessness were drawn on the face of the grieving king. I didn't know what to do anymore, I had tried everything.

But this story cannot have a sad ending, and to avoid it, a mysterious traveler came to the kingdom, whose name was Sitael and who was a skilled architect. This news reached King Kebin who sent for him immediately.

- You say you're a good architect? -I ask the Sovereign.

- It is not I who can bear witness to my art, but my works, Seqor," the newcomer confidently replied.

- Do you think you can build a city that can give shelter to happiness and joy? my only son is languishing in the cold arms of sadness," asked the king with a hopeful tone.

- I can do it if you help me, Your Majesty," replied the enigmatic architect.

Those words put the Monarch on his guard, who said very extravagantly to him:

- Know that I do not know the divine art of construction. So how can I help you?

- Only you can prevent the pillars that are to support the city from being solid and not brittle.

- I don't understand you! -I exclaim, "The King is very dazed.

- If looking into your heart you find the solidity of love, then we should fear nothing, but if there is only a feeling of hatred, rancor, of the brittle power of darkness, then the work will perish in the hands of this force," explained Sitael.

King Kebin could not look into the eyes of that strange traveler. He recognized in his words a truth that consumed him. He was then the only one responsible, the one who prevented the pillars of the city of joy, of love, from being erected.

From that day on, everything changed. The king forgave all those who had been his enemies, and immediately, as if by magic, he could see how the walls of the city rose solidly, powerfully to the sky, giving shelter to the elixir of happiness, where his son would find a wonderful peace forever.