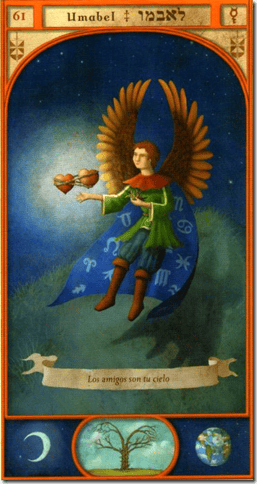 Attribute: God above all else.

[sociallocker id="356″]Those born under this influence will love travel and honest pleasure. They will be very loving and sensitive. They are aware of the right way to act, but they are also introverted, affectionate and do not adapt to change easily. He is a traditionalist who stays true to the values taught by his parents. He is gifted with a lot of intuition, is open to everything around him, but without getting involved. To feel good in a social or working position he needs to have ideals and create them as if it were a religion. He needs ideological support. He does not like aggressive or indecipherable people. He is patient to the extreme and able to take everything from the loved one or a family member. When he does not receive affection he prefers isolation. Her life force is manifested in parenthood or motherhood. He seeks to establish a filial image with people, he will be esteemed for his balance, sweetness, kindness and affection. He will not be interested in modifying the situations of a group or social class. He is not a revolutionary but he does use the energies of those closest to him or in a specific case. He organizes his life according to his conscience, freely manifested through good deeds and companionship [/sociallocker]

Blessed be the name of the Lord,
from now on and forever.

Having studied extensively over the past 150 years, Umabel was not content with her status as an archangel's apprentice and wanted to show everyone that she could be an excellent guide who could be trusted.

For that purpose he went once again to the recruitment offices. That was where he was to submit his application to be admitted as an Archangel monitor. He had dreamed so much of becoming one, that he was willing to pass any test to achieve it.

- The next one - he could hear the challenger Umabel -.

It was him. It was his turn. He had in his hands the opportunity, and that opportunity was a questionnaire that he filled in with his answers.

I was already inside. In front of him a long line was slowly advancing and at the beginning of that line the applicants were being interviewed.

Umabel observed how many were retracing their steps and wanted to know the reason for it.

- Why are you leaving, mate? -he asked interestedly.

- Well," thought Umabel, "it looks like it won't be as easy as I thought.

It was not long before his turn came, and with no room to breathe, they asked him.

Seeing that he was not quite out of his depth, they repeated to him once more.

- Come on, we don't have all eternity. The world needs us down there. Answer, what is your specialty?

- Let's see what we have here. Let's see... Yeah, I think we got lucky. We've got a friendship case, but I'm afraid it won't be easy for you. Others tried but failed. What do you say, do you accept it?

- If I accept it," the young aspirant enthusiastically replied.

- Then get on your way as soon as possible. You have four days to get it.

This is how the Archangel Umabel urgently moved to the place where he was to carry out his mission.

There was Mercur, all alone, very lonely. The taste of loneliness was strange, because he had always had a good friend by his side, but since he did that work, hatred was stronger than friendship.

Mercur's heart was broken. She had fallen in love with someone very special, but her best friend had crossed her path and taken her away from him. His best friend, he was funny.

Not far from there, there was the one who one day would be his shadow. I had shared with him everything I had.

Sol couldn't help falling in love with the same girl as his friend. She chose and chose him, but it wouldn't last long, she would soon leave him and that sank him. Now he took refuge in drugs, she was his only companion.

Umabel understood that she had to act and came up with a plan.

Mercur was strangely drawn to one place. He never went to it, but that day he felt like it, but when he was on his way some evildoers assaulted him.

There were many against him and he knew he would be punished and abused. When it seemed that he was going to receive a great beating, a voice came to his aid miraculously.

- You're looking for drug money. Don't bother, I'll make it easy for you, but leave the boy.

It was Sol who had just saved him. Putting his hand in his jacket pocket he took out all the drugs in it and gave them to those ruffians, who were happy with the change.

Sol was left in front of Mercur. They looked into each other's eyes and the memory of a beautiful and happy past made thick drops sprout from them and covered their faces. They were crying with love. A feeling that they had always shared for each other and that for a while had been silenced.

Umabel had achieved her mission. She could now return to the sky from whence she came. There she would be welcomed as an excellent monitor.