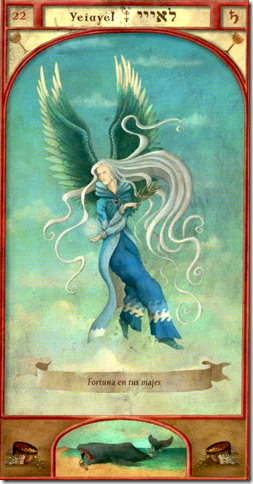 It is the Lord who takes care of you,
the Lord is your protective shadow.

[sociallocker id="356″]He who is born under his regency has a spirit marked by the principle of change, because he knows that nothing is permanent and therefore he cannot waste any moment in life. He is original and exotic in his thinking and acting. He is often considered as a madman or a superstitious person. He has philanthropic ideas, is generous and hates human suffering. He will always be working for the common good. He will need to travel and visit other mysterious countries. He is a medium with an excellent degree of paranormality. He will be sought out by people who, believing in his strength, will seek containment in his predictions or premonitions. He will be compassionate, diplomatic, with great ability to capture the thoughts of the people with whom he lives. He will always be distributing joy. [/sociallocker]

EYAEL: 'THE PACT OF FIRE and WATER

Forty years of adversity had been enough to wipe out and impoverish the region that once enjoyed great wealth and prosperity. No one would have said, after contemplating such a desolate landscape, that Lujup had been a land of kings and power.

The only thing that seemed to remain intact, and which had miraculously survived those dismal years, was a high tower where the Twelve Elders were said to dwell, wise men whose mission was to maintain the balance in the Universe.

However, his work had failed, Lujup could hardly be a land of harmony and peace.

On the contrary, for 40 years it had been the scene where a great people, who one day were one, had divided, but not before destroying with war after war all that they had created and loved.

It all started one day when Prince Hesed decided to look for a wife. But that desire did not present any hindrance to his parents, if it were very soon, since the prince announced that he was not willing to get married as the custom established. He did not love Yesod, the princess with whom he was to be united, for that was agreed upon by the royal bonds.

- I love Princess Netzah. I know she is younger but my heart belongs to her," begged the handsome prince to his father.

- But my son, you know very well that if you marry Princess Netzah and reject Yesod, you will be violating the agreements.

- If it is not with the sweet Netzah, I do not get married," said Prince Hesed definitively.

His father knew his son very well and knew that nothing and no one would change his mind, and armed with courage he set forth in the great council the prince's decision.

You can imagine what happened. Princess Yesod's father was humiliated and asked for war. Nothing could stop Lujup from dividing into two kingdoms from then on.

Some had the power to create the life-giving seed, however, the kingdom of Fire could not make that seed grow if it lacked the Water, whose power was to fertilize. They needed each other, but neither were willing to give up.

One day, a wandering traveller knocked at the doors of the Sanctuary where the Twelve Elders lived, and after giving his name the doors opened.

Everyone was very surprised, for no one was allowed to enter the Temple.

He said his name was Eyael and he was a wise Astrologer who one day, while talking to the stars, received the mission to direct his steps to those lands with the purpose of returning his gift.

- May your children be united by love," he said to the kings. "May the fire be accommodated in the water and may the water give it its blessing.

And when they did, both kingdoms were merged into one and regained their gift: the Founding Creator Power.

Life flourished and grew. Everything multiplied with joy. Lujup became again that land where everyone would again experience the power of wealth, prosperity and above all wisdom.