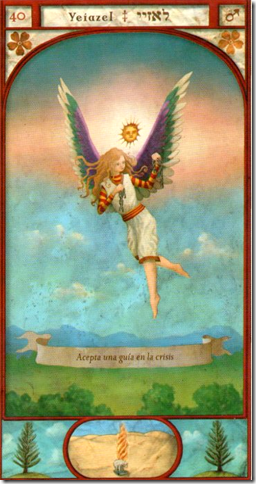 [sociallocker id="356″]He who is born under his regency will love reading, science and all knowledge in general. He will have brilliant ideas and sublime feelings. Thanks to his intelligence, he will be able to occupy a prominent position in society, because being gifted with extreme self-confidence, he will be indicated to assume positions of leadership. He will quickly understand the problems of others but will only tell them what is necessary, even knowing that some do not deserve his help. He is careless about money but never lacks the thought that for love everything is worthwhile. He will only marry for love, hoping that his affection will be rewarded. He will have an imaginative mind, photographic memory, in spite of not accepting too much of his own perception. His conclusions will be more intuitive than elaborated by logic. He will be able to make many trips, many different cities showing in each place his presence, the richness of his personality and the nobility of his character. [/sociallocker]

And as they sing and dance, they say:
"In you are all my origins."

King Irol's eyes were hurt from crying. For seven long cycles of the moon, he had not ceased to weep the misfortune that afflicted his heart. He bewailed the cruelty of fate and did not forgive the evil deeds of Agathan, the witch who had kidnapped his only beloved daughter.

Irol had offered great riches to whoever managed to save her from the undesirable Agathan, but the powers of this sorceress put an end to all the attempts of the brave knights who were taken prisoner one by one.

The king's desperation was growing. He was willing to offer his kingdom if he could have his daughter back by his side in return.

Agatan seeing the desolation of Irol offered him a deal. He would release his daughter, Princess Azar, in exchange for his entire reign.

Irol, who was a prey to madness, was willing to do so, but his advisors prevented him from doing so, for they knew that if the kingdom fell into the hands of Agathan, it would mean the end of all peoples, who would fall into the hands of his witchcraft, remaining forever as his prisoners.

- You cannot give in, Your Majesty. Think of your people, you will abandon them into the hands of the evil Agatha," one of her advisors told her.

- But my daughter Azar, what will happen to her if I don't give in to Agatan's deal? She will remain a prisoner in the dungeons of the dismal castle where the sorceress lives - a grievous argument for King Irol.

- We must have courage, beloved king," said another voice. It is the only power against which Agatan can do nothing. If it is his power so much, why make a deal? Something must be feared and we must find out what it is.

One day, just after dawn, a young shepherd came to the king's palace, as one of the sheep had gone astray, and he seemed to have taken that direction. I looked very hard, but I couldn't find it. However, he was surprised to see so many sad faces and to perceive so much silence.

- What's going on in the palace? -asked the young shepherd ignorantly.

- Where do you come from, boy? Don't you know that Princess Azar is a prisoner in the castle of the witch Agatan? -I explain to the one I asked.

- I come from the mountain. There is little news there. I'm Leiazel, the shepherd. I am looking for a lost sheep, but perhaps I can be of help," the boy humbly warned.

Without thinking about it, he picked up the rest of the sheep and headed towards the castle of Agatan.

The witch could see through her magic ball how the shepherd was approaching and felt a chill come over her. That innocence, that purity of heart made her nervous and she had to use all her magic in order to defeat that intruder.

-Sassy young man, where do you think you're going? Haven't you been taught to respect privacy? -I ask you, Agatan.

- You must be Agatan, the sorceress. If so, I beg you to release the Princess Azar. Her father and all his kingdom suffer for her," said the bold young man.

- Come and rescue her yourself," invited the Wicked Witch.

Agatan knew that everyone who entered his house was a prisoner of it, but he did not count on something very important.

Responding to the witch's invitation, the young and pure shepherd entered her dwelling and what would not be Agatan's surprise when he saw how that harmless young man freed the beautiful Princess Azar from the dungeons.

From that day on, the witch lost all her power over the kingdom ruled by King Irol, for the heart of every man was purified following the example of Jeiazel, the young shepherd.