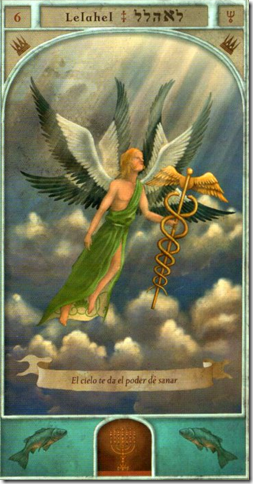 The avenger of the innocent remembers them;
does not ignore the cry of the afflicted.

[sociallocker id="356″]He'll have a lot of strength to cut through the evil. He is endowed with great idealism and balance. He will always be willing to help those in need, even making sacrifices by acting selflessly. He is the bearer of a "rare" jewel called the Inner Light, but sometimes he may lack willpower and even leave the battlefield. But in this situation he seeks to be reborn on his own. The symbol that can be associated is the snake that bites its own tail as a symbol of rebirth. He feels the protection of God and the angelic world, being able to have a strong psychic contact with his Angel and can also connect with intelligence from other galaxies. He has great facility to capture messages by tuning in to the spirit world and even unconsciously move objects. He will be able to develop in a scientific way the concepts that are sent to him from the astral, being able through analysis of traditional texts, to simplify the knowledge so that all can understand the beauty of the science of the angels. He will work to be an honest man and known by all and will use his knowledge for great causes, mainly to improve the standard of living and consciousness and of humanity. Being adept at unconventional technological sciences, he will have ideas for building hospitals, for using spiritual cures, for example with the use of crystals. [/sociallocker]

Lelahel: "The power of light"

For five long and painful days, the earth remained in complete darkness and in this period humanity was left in the hands of the arbitrary power of the Shadow Beings.

Every morning at dawn, the Sun was abducted and taken prisoner by the Lords of Darkness, and evil grew and multiplied among the men who seemed to indulge in that sickly bliss.

Humanity lived submerged in a horrible nightmare, but seemed to be hypnotized by a mysterious spell that made it feel an extra pleasure for the vice.

It all began when Kethip, the supreme king of the Midlands, seduced by a dream of power, violated the Sacred Abode of the Gods, where the Great Tree grew.

Disguised in a sage's tunic, the ambitious king outwitted the guard of the Cherubim who guarded the Temple. He reached the place where the powerful Tree grew and took possession of one of its golden fruits.

Since that day, the darkness of the night emerged from the abysses and the Sun was dethroned from the firmament. King Kethip, happy to have been able to defeat the Gods, took that fruit to his kingdom and told everyone about his feat. Everyone acclaimed and venerated him as the most heroic of kings. They sculpted statues in his honor, and many wanted to imitate his ambition by seizing the fruits that others had worked for.

In those five days, many were enriched and many were impoverished. The mighty man trampled on the weak, and all fought to be strong.

An infernal battle arose in every region, in every village, in every hamlet and in every piece of land, and soon that war of power only led to disease and depression.

But in spite of all that agony, there was still a ray of hope to save mankind, for in the deepest darkness of every man, a faint ray of light still flickered.

That light was dying and about to be extinguished, but that's when everything changed.

From the abode of the gods, the tragedy that plagued the land of men was closely followed. They felt a deep compassion because its destruction was near, but they could not consent to it, and for that reason, they sent an envoy whose name was Lelahel.

- Go to the world of darkness and mingle with them, your mission will be to enlarge the flame that is being consumed.

And so he did, Lelahel went to that dark realm and upon his arrival the beings of the Shadows trembled, for they recognized in Him, the seal of the Envoy.

The Dark Overlords, seeing their government in danger, tried to prevent it, but Lelahel's heart was not sensitive to ambition, nor was his mind seduced by illusion.

The spark of Light was growing and on that new day the sun managed to overcome the assault of darkness. Lucius with strength and his vitality was so great that health returned to the sick bodies.

From that day on, Light would always prevail over darkness.