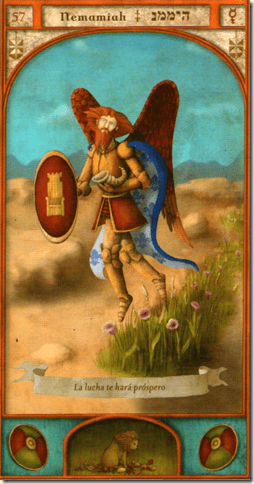 [sociallocker id="356″]He who is born under its influence will aim to be placed in a position of leadership and will be distinguished by his bravery and great love of things, enduring fatigue with patience and courage. He will work to improve society and abolish the privileges or resources of people who do not deserve them. He will succeed in his travels abroad and protect against betrayal and revenge. He will be a fighter against the forces of unity through reading and intellectuality. He will always be making projects to form a new world, fighting against the lower consciences. The work with angels is indispensable for his existence on earth. He will have great revelations in his dreams, he will defend the good causes he will be called to make the theoretical plans being considered an excellent economist and administrator, mainly in times of crisis. Cheerful, active and friendly he will always be the center of attention in every situation, he is a person with a lot of claw, will power, passionate about everything and everyone. He loves family life and his children. [/sociallocker]

Those who fear the Lord, trust in him;
he's your helper and your shield.

NEMAMIAH: 'THE PRIMACY OF THE ARMIES

The fate of that people was in the hands of Nemamiah, a brave warrior whose greatness of soul and ability to withstand the rigors of life led him to be chosen from among many to receive command of the armies.

Mercura was no longer that earthly paradise where its inhabitants lived happily and peacefully. It ceased to be so since the barbarian troops from the lands of the shadows undertook the hostile enterprise of conquering it.

Four years of fighting weighed heavily on that rich and fertile region. Many were already those who had abandoned the physical plane to undertake the adventure of returning to their state of spirit and inhabiting the planes of the invisible light.

The situation was becoming increasingly untenable and the only solution was to attack the enemy, but who would lead the fight? That was the difficult question.

It was for this reason that they gathered the bravest men in the kingdom. From among them all they had to choose one.

Nemamiah was skilled, very skilled with the sword. No other warrior had ever defeated him in battle, and that reputation led him to be named prince of the armies. Now the peace of Mercury was in his hands.

The brave Nemamiah thought that he should break the siege that the enemy was keeping in the city, and it was said that the only way to do it was by attacking unexpectedly.

It was so much the ardour that encouraged the daring warrior that he gathered the army to prepare him for combat. He must take advantage of the bewilderment of the night to do so, and even the sun was high in the sky. He had time to rest a little before going into battle.

Nemamiah gave herself into the hands of the spirit of the dream and this moved her soul to the first heaven where she met a strange being.

- Who are you that so much light emanates from your body, perhaps a God? -I ask, very surprised.

-I am only a humble servant of the light who wants to illuminate your path and help your people," he said.

- And how can you do that? -asked young Nemamiah with great interest.

- It will not be me who does it but you with your efforts - I answer the spirit of light -.

- In a short time I'll attack and I'll be neighboring them," said the young man.

-No, you must not do that, you must fight for the Promised Land, but do not fall into the temptation of entering it prematurely," I advise the spirit.

- What do you mean by that? -I ask with surprise.

- Evil must exhaust its forces, and when it has done so, then you must attack, and victory will be yours.

- And how will I know that the enemy has exhausted his forces?

- You will know, no doubt you will know - and saying that the spirit went away.

Nemamiah returned to her body and woke up. He still remembered his experience with that providential being. She changed the orders she had been given and decided to wait. Everyone was surprised by this change of plan, but they had confidence in him and waited.

Thus six days passed, six long days immersed in the thickest fog, but on the seventh, the Sun dissipated the darkness and that was interpreted by Nemamiah as the sign that the enemy forces had exhausted their strength.

He attacked, and he did so with his usual bravado. On that occasion they managed to defeat the enemy once and for all. After that terrible battle, peace returned again to the kingdom of Mercury, but that peace was not for

Nemamiah, because other battles awaited him and he had to face them with the only strategy of love, beauty, peace.